Naomi Timoficiuc put on a welding helmet, grabbed a tool and went to work, carefully crafting a bead of metal in a straight line. 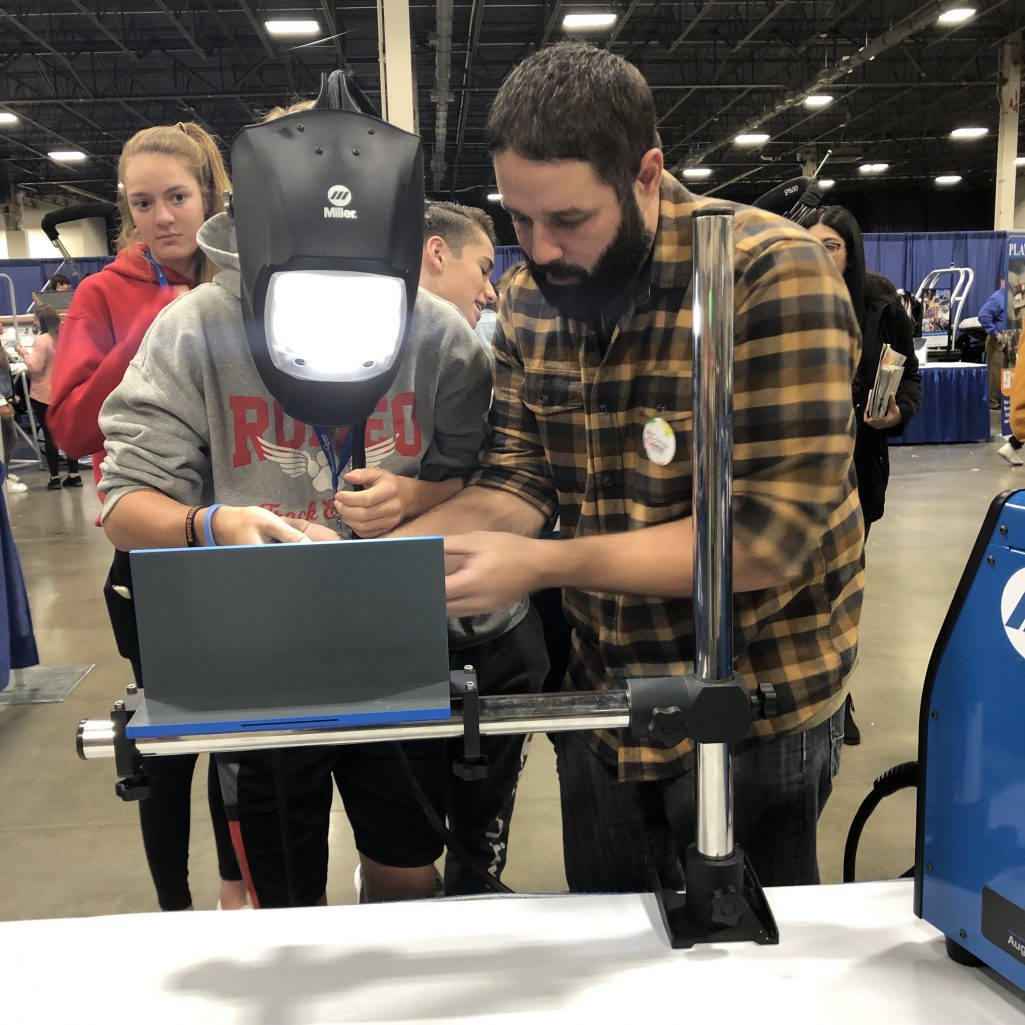 The helmet, the tool and the metal were all part of a welding simulation system, but they exposed her to a potential career she’s interested in.

“Anything that I can do that’s hands-on, I’m into that,” said Timoficiuc, 17, of Woodhaven. “I’ve already done some welding at school because I take auto body.”

Mike McAlvey of ATS Midwest, the company that provides Miller welding simulators, was impressed with her work.

“She did pretty good,” he said. “It’s a good representation and it prepares them to get into a welding booth.”

Timoficiuc, a senior at Woodhaven High School, is one of more than 11,000 high school students who attended MiCareerQuest, a career exploration event Friday at the Suburban Collection Showplace in Novi.

Kids from 160 high schools were bused to the event, billed as the largest of its kind in the region, to spend two hours exploring careers they may not have known existed.

The convention center floor was divided into four career segments, construction, advanced manufacturing, health care and information technology. More than 300 employers were present to show off what they do.

Students were not applying for jobs. The idea is to show them the kinds of jobs that are out there.

In addition to welding simulators, kids saw surgery simulators, flight simulators and heavy equipment they could climb into and work the controls. Other booths showed them how to do electrical wiring, pound nails, fix a leaking water main or sterilize medical instruments.

Chance Reeves, 15, of Inkster is a sophomore at Robichaud High School. He stood behind a jib arm, a mechanical device that resembles a teeter-totter. At his end were a series of controls for a camera mounted to the other end. A video monitor mounted nearby showed him what the camera was capturing.

“We were trying to get a wide-angle shoot, not just what’s right there,” Reeves said.

It was harder than he thought it would be but he eventually got it. So would he consider operating a camera for a career?

Event organizers say all the jobs are in demand and offer the chance to begin earning money right away. 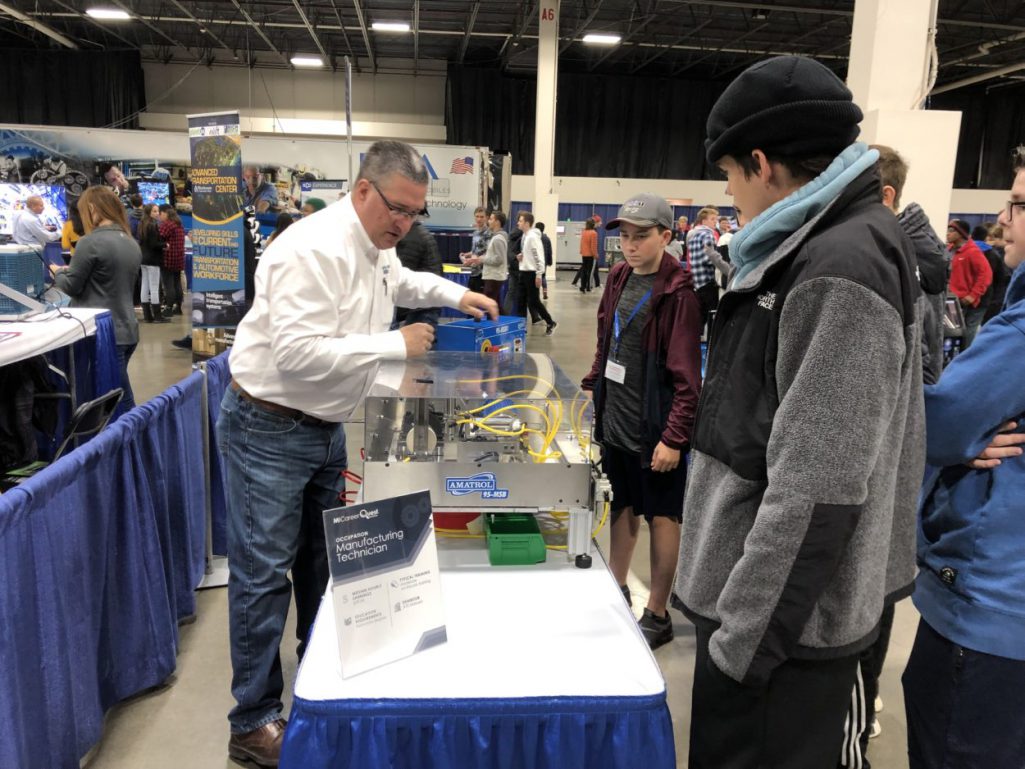 “I think it’s important for Oakland County to remind young people that there are a lot of good, high-paying jobs right here,” said Oakland County Executive Dave Coulter, who toured the event chatting with students and employers.

Some heavy-equipment operators can begin work at $43 an hour and get raises as they advance their skill set and rack up overtime because their skills are in demand.

Ben Woodbeck, 16, of Howell is homeschooled and takes lessons at Crosswind Aviation, a flight school in Howell. He attended the event with the school to show students some of the offerings.

“A lot of them didn’t really understand how to fly and they had a lot of fun with it,” he said.

The marine industry was showing off its opportunities as well.

The Great Lakes Boat Building School in Cedarville in the Upper Peninsula, let kids use planers to work curves into wood used to build boats. The school is small, only 24 students at time, but it teaches how to build and restore wooden boats.

The one-year program costs $19,000 and students typically start making $35,000 or so a year after graduation.

“We have a 100% placement rate for the last five years,” said Chris Ritchie of the school.

Nikki Story, executive director of the school, acknowledged that it’s a long way to come but it was worth the trip to Novi.

Some employers are desperate to show young people the opportunities they can offer.

The department typically hires 14 or so workers for summer help at $12 an hour, but this year was only able to fill about half of those positions.

“You work 7 a.m. to 3 p.m. Monday to Friday, it’s better than McDonald’s,” McCarthy said. Summer workers who show promise can easily get hired into a full-time jobs as positions become available. Those jobs offer better pay and benefits and the chance to advance, McCarthy said.

The event has grown as more employers and schools recognize its value, said Joe St. Henry of Oakland County Economic Development and Community Affairs Department, which sponsors the event along with Michigan Works!

The idea is for kids to spend 30 minutes in each of the four career sectors so they get a good cross-section of the things that are out there, St. Henry said.

“It’s an eye opener for counselors and the students,” he said. “The exhibitors absolutely love it because this is a chance to get right in front of kids and showcase what they love, their jobs.”

Give your students the opportunities of MiCareerQuest every day, in your own classroom. Contact us to learn about hands-on learning for all advanced manufacturing, STEM and skilled trades.

When you're ready, complete the form below, and we will contact you in regards to your chosen products and/or services.
* Indicates required fields.